For the last few years, ACT’s National Extended Time policy has been full of changes. Beginning in 2016, the ACT began providing students with an open, self-paced 5-hour block to complete their test (or a 6-hour block with the optional Writing). In the 2017-2018 school year, ACT moved to separate the 1-hour Writing time from the 5-hour multiple choice block, so that all students had 5 hours for the multiple choice, whether or not they were going to complete the Writing.

Now the ACT is moving away from the self-paced block of time all together. ACT says that “self-pacing on the extended-time test is intended to provide flexibility… [but] it can have the reverse effect, requiring an additional demand beyond what is required of those testing with standard time or other types of accommodations.” Instead, beginning in September 2018, the National Extended Time testing will look much like it did pre-2006, with a specific amount of time being allotted to each section:

What does this change mean for students?

The current rules have provided an additional challenge for some students, as maintaining a good pace for the entire exam might be tricky. The new structure will enforce the pacing from section to section, so a student is free to focus on pacing within a section, instead of between them.

If you have been practicing your exam using only 45 minutes for English and 120 minutes for Math, you’ll need to adjust your strategy. There was some added flexibility with the previous timing structure that will no longer be available, as each section will have its own firm time boundary.

There will be one 15 minute break scheduled after the Math section. Under the current rules, students are allowed to take breaks as they choose throughout the 5 hour time period, and we normally suggested a short break after each section. The new structure will have a student taking a break only after their first 2 hours and 40 minutes of testing.

If you’ve been taking the test with the current structure, and you’re taking your last ACT in July, then there will be no changes for you! However, if you won’t take your first ACT until September, then you’ll just want to make sure you practice with the new timing allotments. If you’ve already been preparing, though, and will need to change your strategy, some additional timed practice might be in order to make sure you’re making the most of the time for each section.

To stay in the know about ACT Extended Time Changes, visit ACT.org. 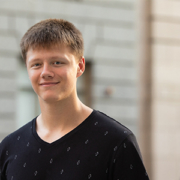 What’s Next for Students? 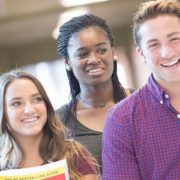 College Abroad? Does It Make Sense for You?

Why We Offer Free Practice Tests