“Which test should I take?”

Well, it’s not in the interest of the two national tests to conduct a scientific poll on whether students “do better” on one test or the other, so an agreed silence has been the status quo.  Anecdotally, across the thousands of students we’ve seen, I can attest to the fact that 80% of students get nearly the exact same score on both tests, meaning a student who gets a 21 on the ACT gets a 1500 on the SAT (on the 2400 scale).  One in five will do significantly better on one of the tests, and in that circumstance, they should absolutely focus on that test.  Taking both tests will cost more money to prep for, more time away from studies and normal high school life, and ultimately not matter because schools only make their decision on one test, so pick one and go with it.  The best way to find out how you’ll do is to actually take both and measure the scores against each other.  Many test prep companies, including ours, offer free practice tests (we offer them every Saturday), so check around and take advantage – then you’ll be prepared.

The question is also always asked: “Isn’t the SAT preferred by the coastal schools?”  The answer, which comes as a huge shock to most is, “No.”  The SAT is the test preferred by high school students on the coast, who comprise the majority of applicants to coastal schools.  Hence coastal schools often have more SAT scores on file than ACT scores, but not one admissions counselor I have ever talked to from any Ivy League school has ever expressed an official (or unofficial) preference for the SAT.  Simply put, the ACT and the SAT are accepted at all colleges and universities in the United States. 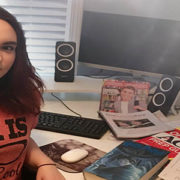 The Super Bowl and Test Prep

How Early Is Too Early?
0 replies

A Timeline for High School
Scroll to top