Many high school students debate which ACT test date is the “right” test date for them. And although there may be not be a “right or wrong” answer, Get Smarter Prep has a five strong reasons why we like the December ACT better than others.

We do this for a living. That’s why when we suggest the December ACT as our favorite ACT and have proof to back that up, we want students to heed our advice so they can achieve their highest possible score on the ACT.

Based on an in-house study from June 2014 to June 2017, we’ve seen the largest average improvement on the December ACT. With nearly an entire point difference over the yearly mean, why wouldn’t you try to target the December test? One extra point could get you in-state tuition at a college out of state. One extra point could get you that scholarship you’ve been needing. One extra point could make the difference in getting into the university you’ve been dreaming about attending.  Don’t get us wrong, there are pros to other test dates, but based on our students’ results over the years, we continuously see higher scores on the December ACT. We don’t think that’s a coincidence.

The December ACT is before high school finals. This year the ACT is on December 9th, which means it’s the week (or two) before finals. Why not take the ACT before you have to worry about high school finals, projects, and presentations?  Course Prep for the December ACT begins in the middle of October, so you will have been studying for this test for 8-10 weeks prior to the test date. Our Standard ACT Course includes 20 hours of instruction, 3 practice tests, and Office Hours with an instructor, leading right up to the actual test date.  You’ll be well-positioned to be able to dominate the December ACT, all before your first semester finals begin! We hate to see students “pile on” with ACT prep during some of their busiest times of the academic year, and the December ACT allows for students to finish one thing and move on to the next fairly seamlessly.

Hello Winter Break!  I don’t know about you, but I like to make a list and check off the items on my list.  Presents bought and wrapped…check.  Winter break movie list made…check. December ACT taken…check.  It’s a good feeling to check everything off your list and truly be able to relax over Winter Break.  Who wants to go into Winter Break with a big, looming test to study for instead of drinking hot cocoa around the fireplace with your family? Besides, Winter Breaks won’t last forever. There are only a few more years to enjoy these extended breaks away from school.  Take advantage of them!

Baby, it’s cold outside! With temperatures in the 30’s and with the potential of a lovely snow, why take the chance of having to stay indoors to study when you could be putting your snow pants on and building Olaf or Frosty? Take advantage of the extra time you have, since you already took your ACT, and take a walk in the crisp, cool air. Build a snow fort. Have a snowball fight with your friends and family. Or just stay inside and cuddle on the couch watching your favorite holiday movie like Elf or Home Alone. Either way, you’ll be able to participate in activities you want to do since you have more free time.

Students are already in the swing of school when course prep starts in October for the December ACT, so part of your academic skills that seeped out of your brain over summer have been shaped up, and you’re back at the peak of your ability.  Students should be used to homework, study sessions, and tests by the time October rolls around.  With two months of studying for school under your belt, 2-3 extra hours of homework each week in preparation for the ACT should be an easy transition.

Hopefully, these five reasons are enough to push you over the edge if you’re considering taking the December ACT.  At Get Smarter Prep, we believe the December ACT is usually a great option for our students, helping them see significantly higher score improvements. We want you to reach your desired results as well, and if taking the ACT in December will help you reach those goals, then go for it! 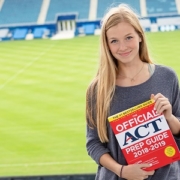 Changes to the SAT 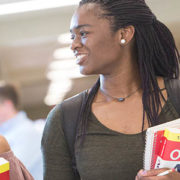 Rankings vs. Fit Part I
0 replies

Attending College in the EU