ACT recently unveiled plans for a 2015 update to their test. Students taking the ACT next year will need to prepare for a more complex essay, as well as some minor alterations to the Reading and Mathematics tests. Relative to the SAT’s extensive changes, the changes to the ACT will be subtle.

The main focus of the upcoming ACT update seems to be on state assessments, rather than on college applications. This is evidenced by the ACT’s new supplemental scores: STEM and Language Arts scores, and Career Readiness and Text Complexity indicators. There will also be new question categories aligned to Common Core standards. Most of these new scores are designed to provide more detailed insight into students’ progress.

The ACT’s traditional 1-36 composite score will not change; these new scores will be provided in addition to the current provided scores. Other changes affecting ACT state assessments include the addition of more optional tests (math, reading, and science) and increased availability of digital tests. 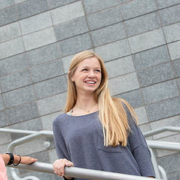 Does My Student Need A Mentor?

What is the International Baccalaureate (IB) Program?

Making the Most of Winter Break

Should I Take the Writing Portion?
0 replies