What first drew you to Rockhurst University?

It was local, Catholic, and had an aggressive program to recruit potential transfers, like me.

What other colleges were you considering?

How was the adjustment from being out of school to coming back in?

Well I had been out of school for 6 years, had moved to a different state, and had started a business.  I wasn’t sure I was ever going to finish college, so the biggest hurdle was applying and attending the first day of class as a 27-year old business owner, not an 18-year old freshman or even a 21-year old business owner.  I also had to manage my company while taking 18 credit-hours so I could graduate on time.  I thought that I had time management down, but this experience took it to an all new level.

What was your favorite class?  Why?

I enjoyed a lot of my classes, but perhaps my favorite was the non-class that was my Senior Thesis.  I got to propose it, build it, research it, and go for it.  It was a monumental essay I wrote on multiple novels of William Faulkner.  It was, rightly so, the toughest thing I did as an undergrad and one which underscored just what a nerdy English major I was (and am).

What clubs or groups were you involved in?

Anything else you want to tell us?

Don’t be afraid to finish school just because it’s been so long since you were in.  It’s never too late.  I’m proof.

In one sentence, what do you love about your school?

Challenges, Catholicism, and Completing it, finally.

Stephen Heiner is a former Tutor at Get Smarter Prep.

Why I Work at Get Smarter Prep

Rankings vs. Fit Part I 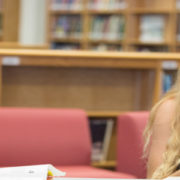 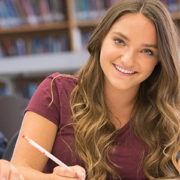 Is Private Tutoring Right for You?
0 replies