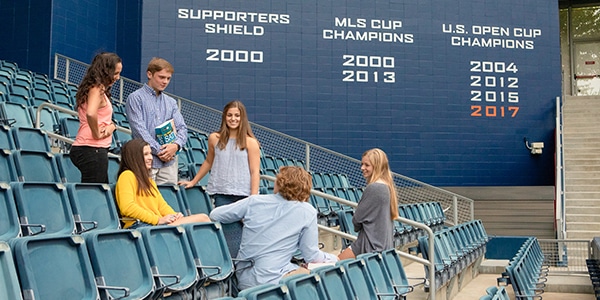 The College Board is rolling out an adversity score calculating each students’ level of adversity based on a scale from 1 to 100. They named it the Environmental Context Dashboard.  The ECD is designed to provide admissions officers with information about where a student comes from, but is it an accurate tool?  In today’s blog post, we are going to break down how The College Board is rating adversity and what students and parents need to know moving forward.

The collected data is taken from public data sources, including census data and The National Center for Education Statistics (NCES) data, as well as College Board’s own data, which presents a view of school and neighborhood context for a student. Based on the data pulled for each student’s categories the Dashboard then gives that student a rating from 1 corresponding to the least disadvantaged and 100 to the most disadvantaged.

The thought process behind the adversity score is to show how a students’ SAT score compares to those of other students in their school and provide admissions officers with a better context about an applicant’s neighborhood and high school.

The ECD was piloted to 50 colleges. Among those colleges and universities were Yale, Florida State, Michigan, and Trinity. Ultimately, the hope was to “make it more likely that students who demonstrate strength and resourcefulness in overcoming challenges are more likely to be admitted to college.”

Exactly how is the algorithm calculated? That’s a good question. Only The College Board knows. They aren’t divulging how a student is specifically rated on the adversity scale. Why? Who knows? Maybe it’s because there are a number of flaws within their system?

Since this ECD was brought up to level the playing field of adversity, it would be ironic if everyone knew the rules of the ECD. What if wealthy parents started playing their own version of College Admissions Scandal to make sure their students are admitted to a certain college. If everyone knows the exact breakdown of the adversity scale, who’s to say what people would do to tip the scales. Would you move to a different neighborhood? Switch schools? The possibilities are endless.

In a perfect world, every single student would be able to study hard, have equal opportunity, overcome adversity, and get into the school they want. However, that’s simply not the case. We understand what The College Board is trying to do, but what we don’t understand is how they can generalize every student.  Each student is different and has a different background story. An algorithm isn’t going to calculate their history.

What we do know is that the ACT and SAT are both widely accepted in every region of the United States. There is no regional bias between one or another. It’s also safe to say the ACT hasn’t produced their own version of an adversity score.  So, if you’re wavering between the SAT and the ACT, but don’t want to get pinpointed with an adversity score, stick with the ACT.