In the past, deciding which exam to take in preparation for graduate level education was relatively straightforward: the GMAT for business school, the LSAT for law school, and the GRE for almost everything else. However, more recently, more business schools have begun to accept the GRE in addition to the GMAT. The GRE’s homepage calls the test “the smartest way to graduate and business school.”

In addition, Harvard Law has recently announced that they will accept the GRE in lieu of the LSAT. Although Harvard is only the second law school program to make this move, their prominence lends a credibility to the test substitution, signaling the possibility of a major change in law school admissions overall.

So which test is for you?

We say this a lot at Get Smarter Prep, but this decision does depend significantly on which school you want to attend. If you’re looking at a graduate program outside of business or law, then the GRE is the pretty clear choice. For business schools, the picture is a little more complicated. A significant number of business schools accept the GRE, but not all do.  Beyond that, even if your school does accept the GRE, they may prefer the GMAT, or they may view a student who submits a GRE score as less serious about the business school path than one who submits a GMAT score. This makes a bit of sense, at least – if I want to keep my options open, I am more likely to take a GRE, which is accepted for multiple kinds of programs. But these hypotheticals depend upon the business schools on your list. If you do find that the schools to which you’ll apply will accept either, consider taking a practice version of each test to see where you fare better. ETS has released a comparison tool that might help you evaluate scores.

For prospective law school students, at least for now, the picture is a bit clearer. After many years of pushing back against any school that deigned to break away from the mandatory-LSAT track, the Law School Admissions Council (LSAC) is considering revising their rules to permit schools to use the GRE. Any changes likely would not be in effect until the 2018-2019 admission cycle, so depending on when you plan to apply, these potential changes may not impact you at all. If the rules are changed, it would be a significant change for LSAC, and for students going through the application process. But unless the only two law schools on your list are ASU and Harvard, for the moment, it looks like you’ll be diagramming logic games with the rest of us. 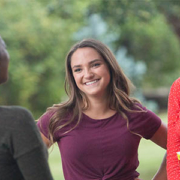 Your Guide to Creating a Test Plan 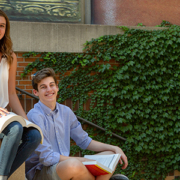 Kilts, Kids and Keeping It All In Perspective

Which School is Right for You: Two Big Factors
0 replies

How to Plan a College Visit